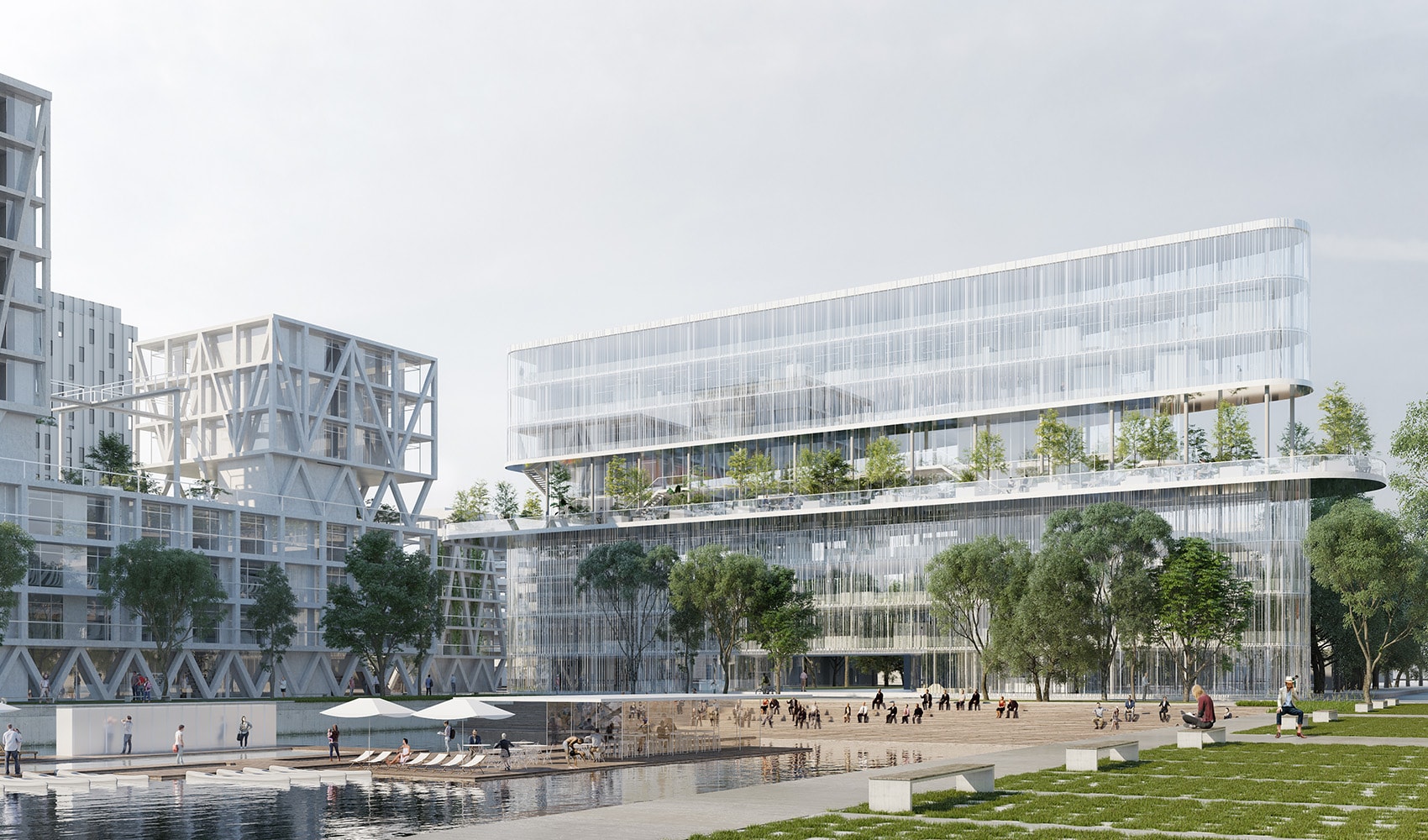 Bearded by the real-estate developer Constructa, the winner team proposes a strong architectural and urban project to re-new this cross-border land through a major new fluvial district called Les Jetées and belonging to the 3Land project. In 2012, the cities of Basel (Switzerland), Huningue (France) and Weil-am-Rhein (Germany) with respectively 7,000, 30,000 and 165,000 inhabitants signed a common urban planning agreement with the aim of creating a true cross-bording area. In this context, the 3Land project plans to create a new housing, leisure activities and tourism pole for the city of Huningue, with the banks site as an anchor point.

Facing the 3 borders, Les Jetées represents a unique chance for the city of Huningue: the opening of its city centre on the river and the strengthening of its influence within the urban area of Basel. Aware of this opportunity, Nicolas Laisné, Dimitri Roussel, Pietri Architectes et Triptyque have supported an ambitious project in the international competition by developing a privileged place closer to the Rhin where one could find numerous shops, offices, leisure spaces and condominiums with outstanding views.

The coliving building will be the key to the vibrancy of the new district. The façade is double-skinned, offering winter gardens to all the rooms. 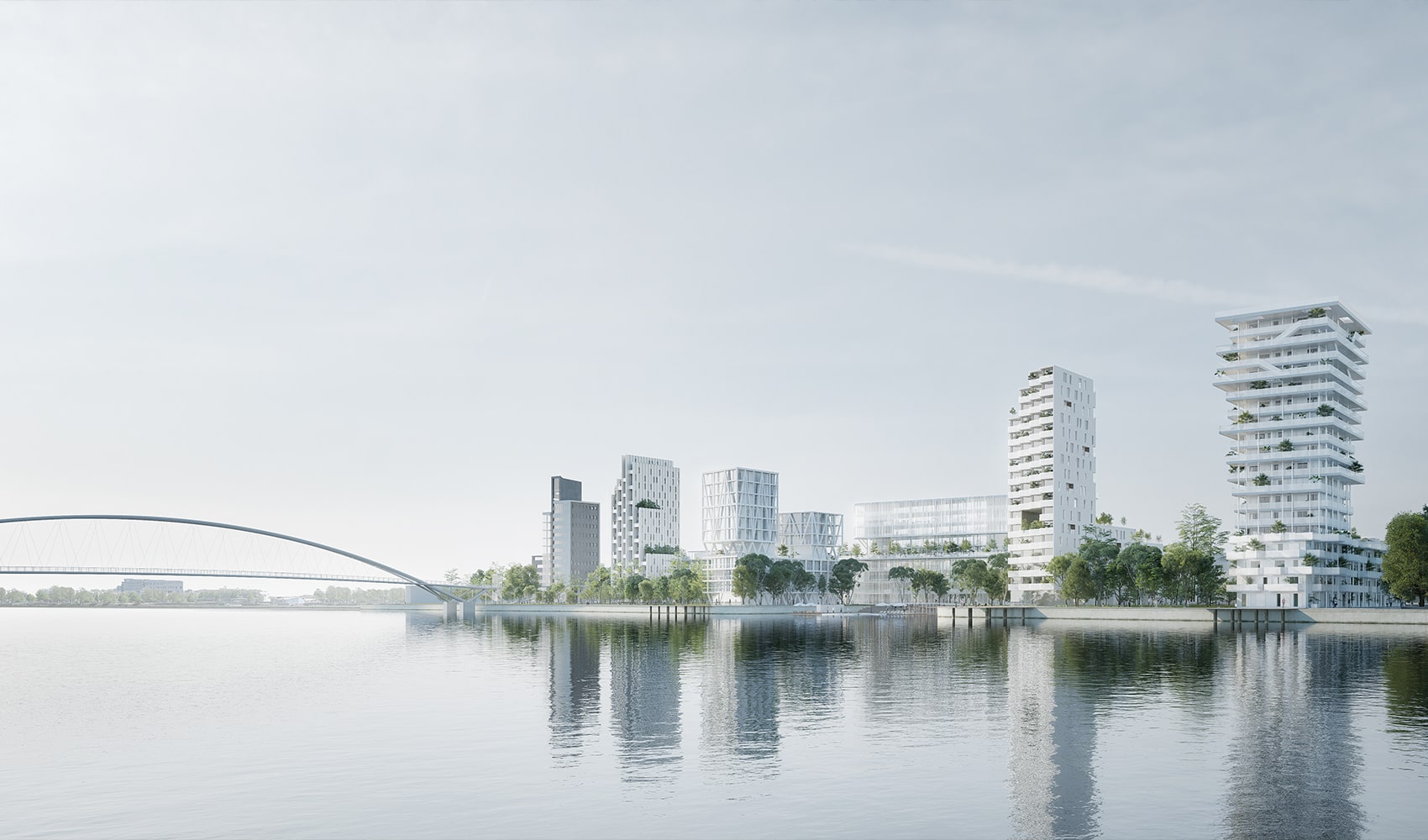 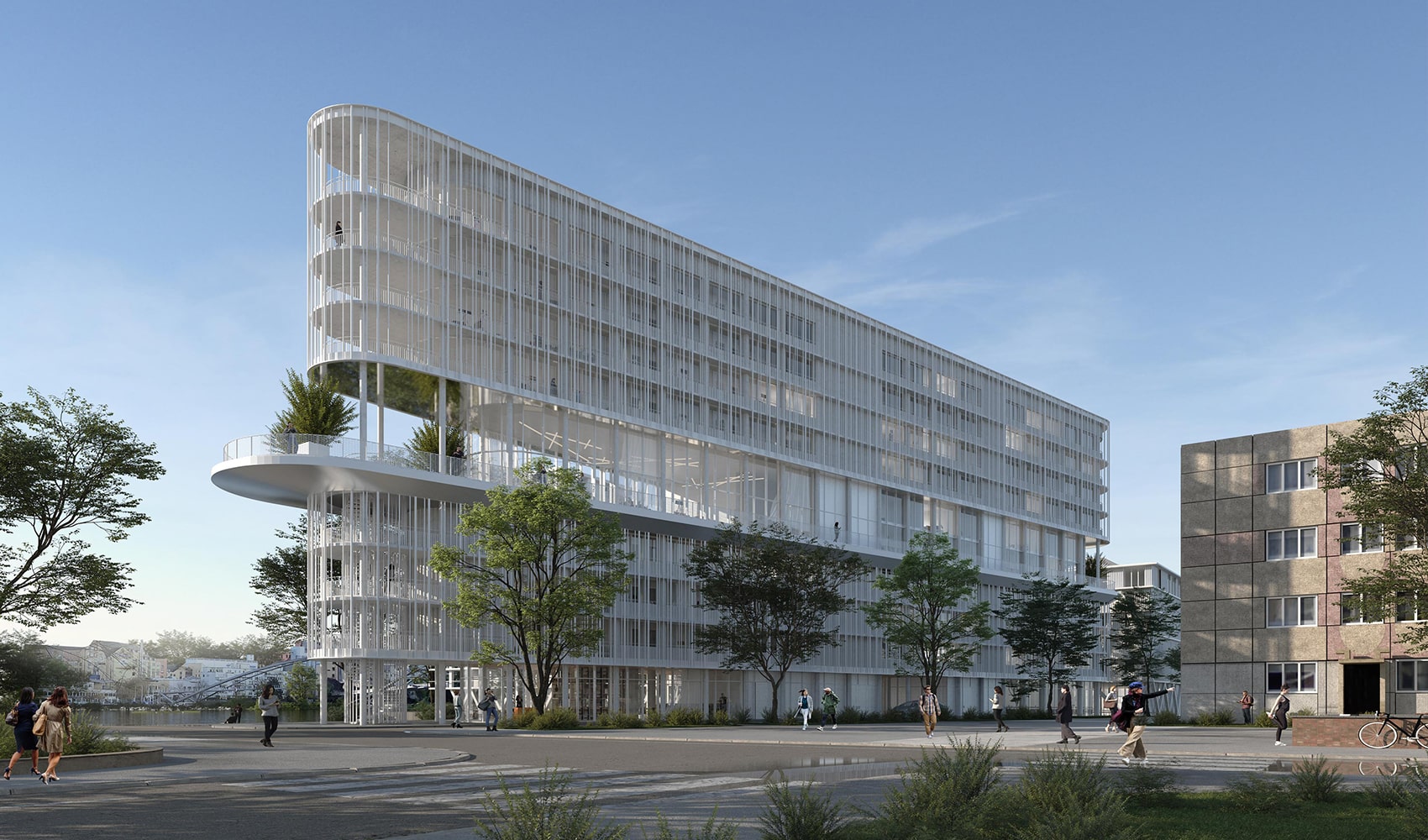 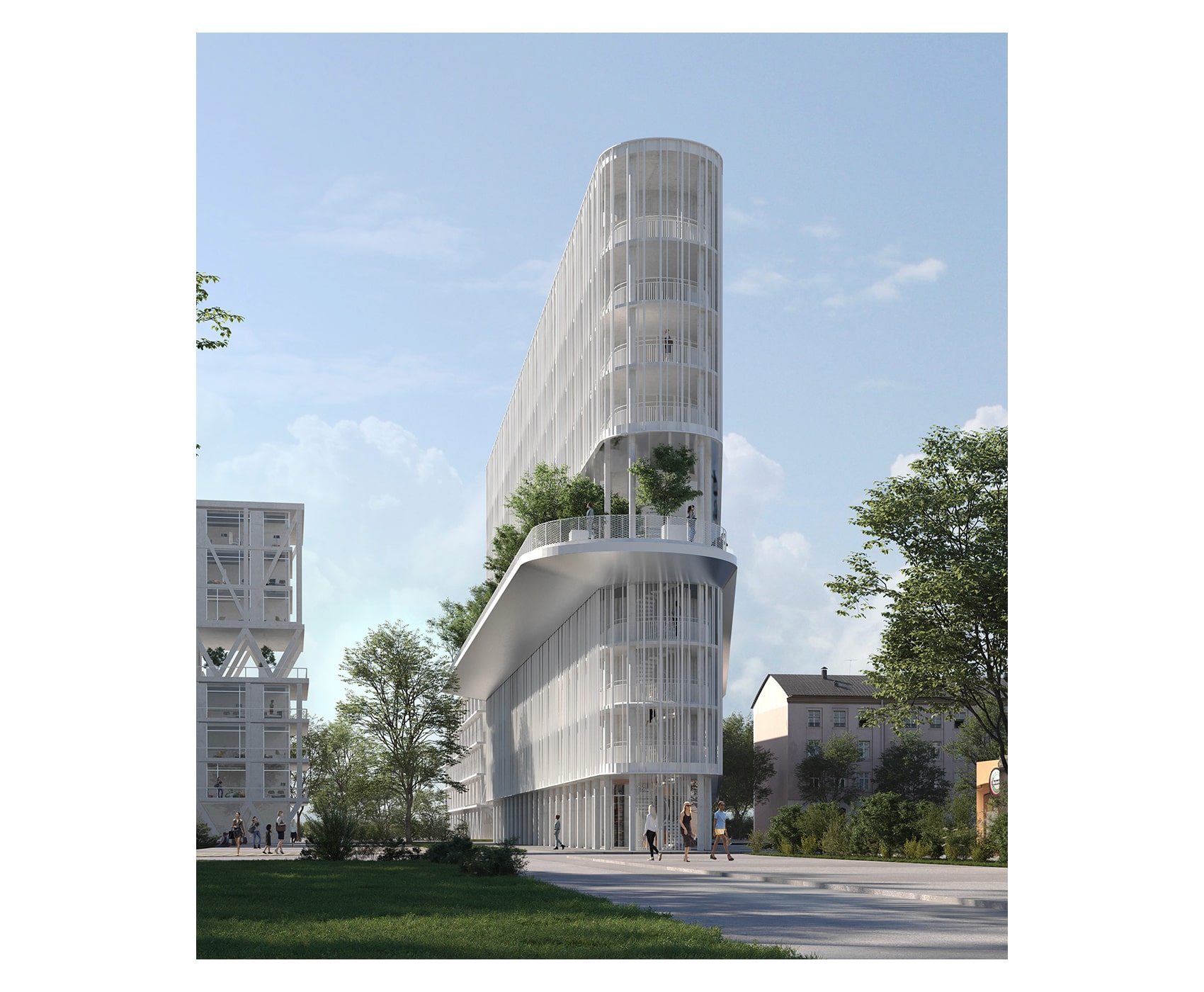