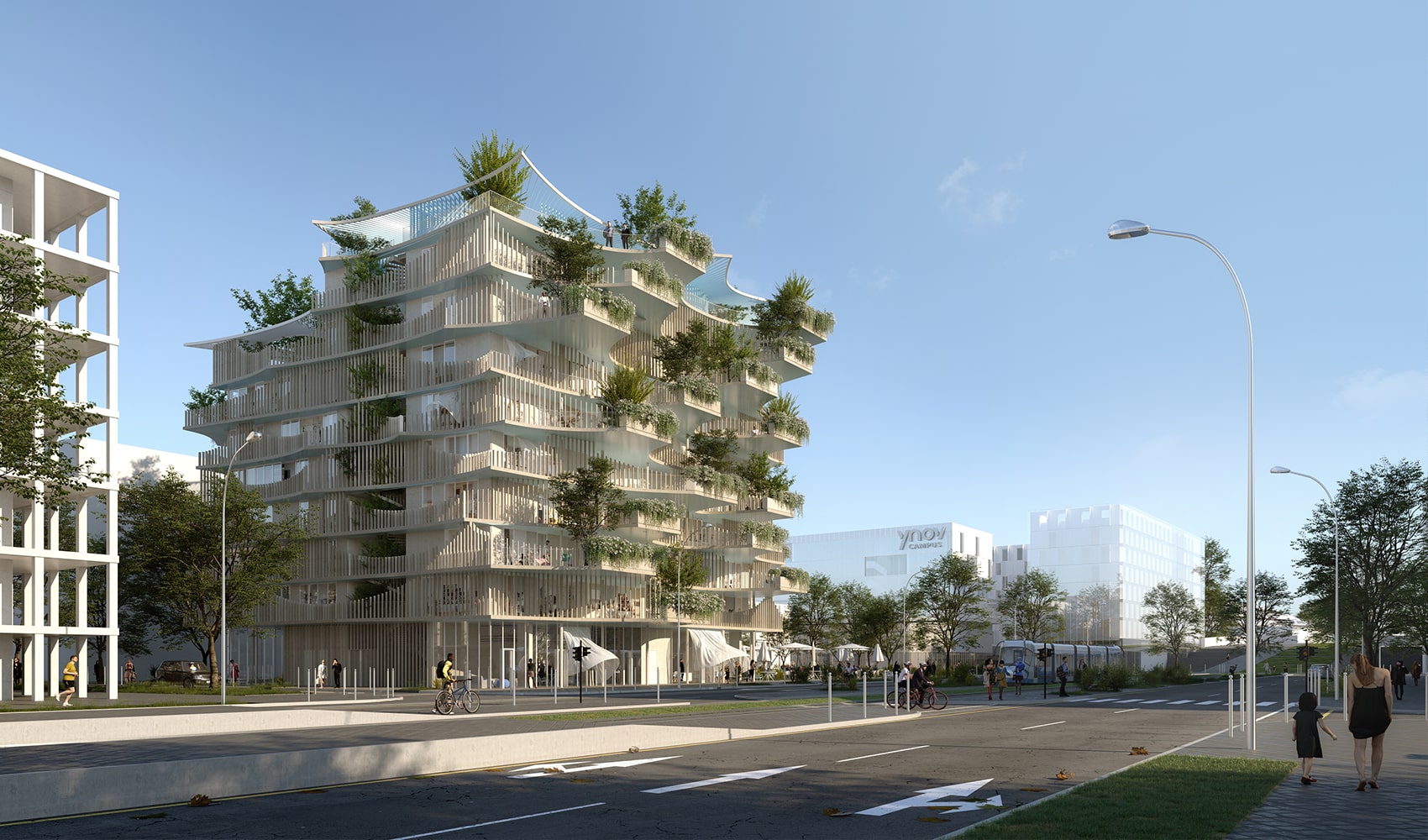 The Grand Bleu project is a pivotal point for the new Cambaceres neighborhood, halfway between Montpellier’s historic center and the airport. Comprised of 28 units ranging from T3 to T5 duplexes, the building has an active base with shops and a restaurant that are anchored in the public space of the Place de l’Innovation.

The silhouette resembles a structure sailing from East to West, on one side by a set of extended balconies, and on the other side by its geographic location, which faces southwards and the sea, and which lies on an urban square. A singular structure seeking to leave the ground to rise to the sky, as evidenced by the shades of blue of the building.

The building is structured around three types of exterior spaces typical of Mediterranean architecture: the accessible roof, the patio and the balcony.

The patio, with its extensive vegetation and climbing plants, serves as a well of light and coolness, making it an emblematic entry point for the residents.

The large balconies are true extensions of the apartments. The kitchens are arranged along the glass facades enabling both interior and exterior use. This permeability reinforces the idea that Grand Bleu applies the codes of the individual house to the collective building.

The fifth façade that caps the building, the roof reigns through its geometry and its surface. The blue bar, designed as an island of coolness in the city, symbolizes the opening of Montpellier to the Mediterranean sea. 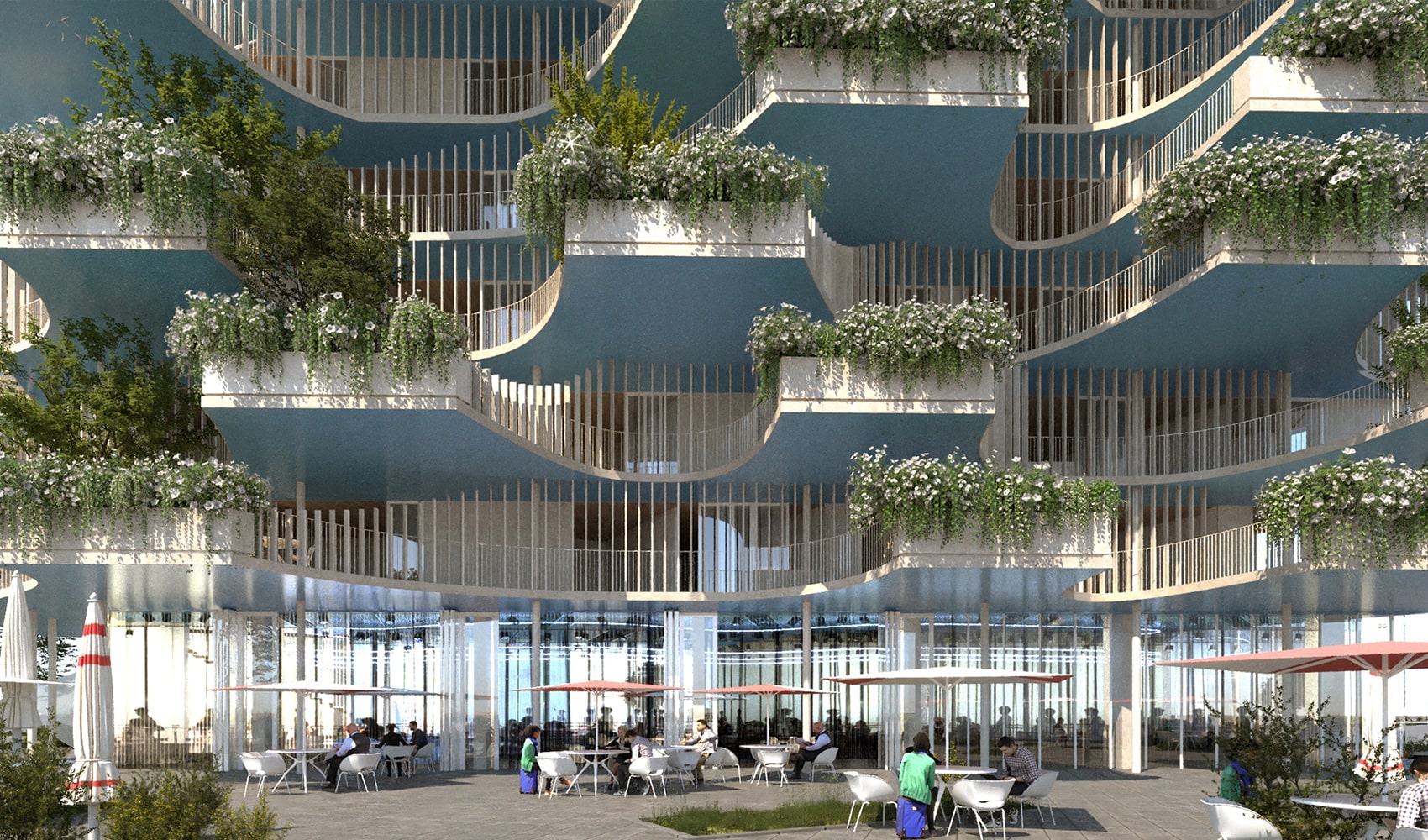 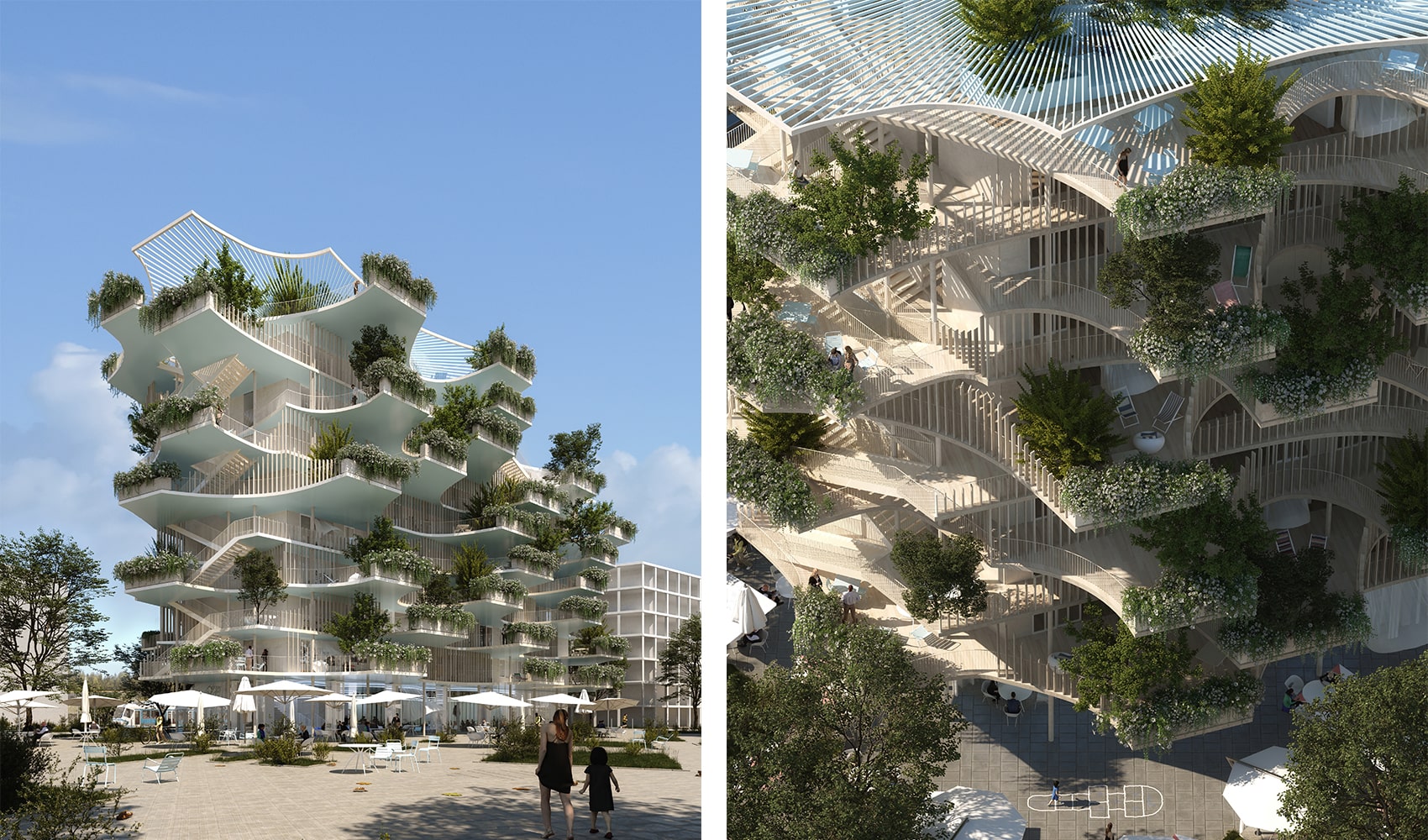 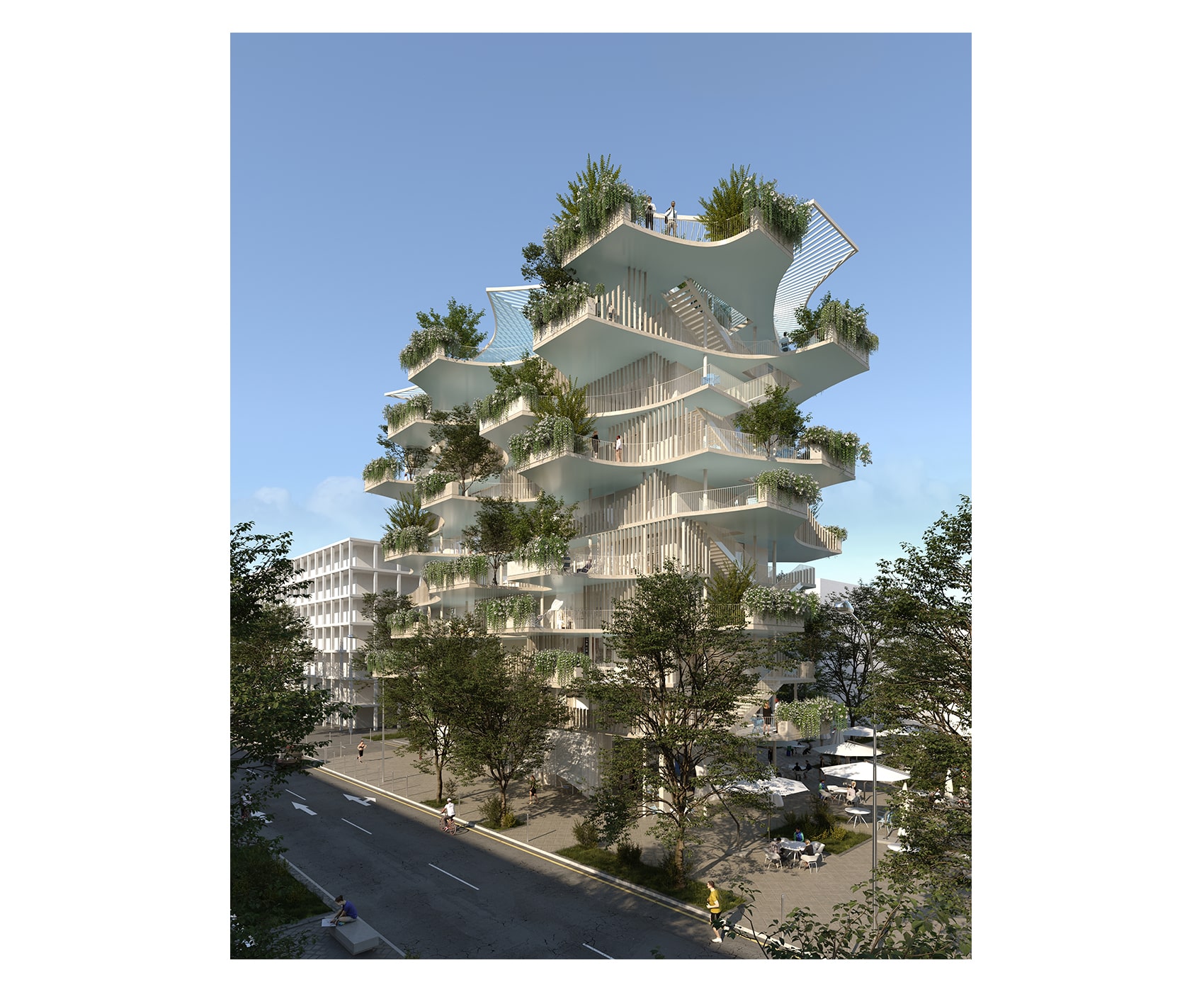 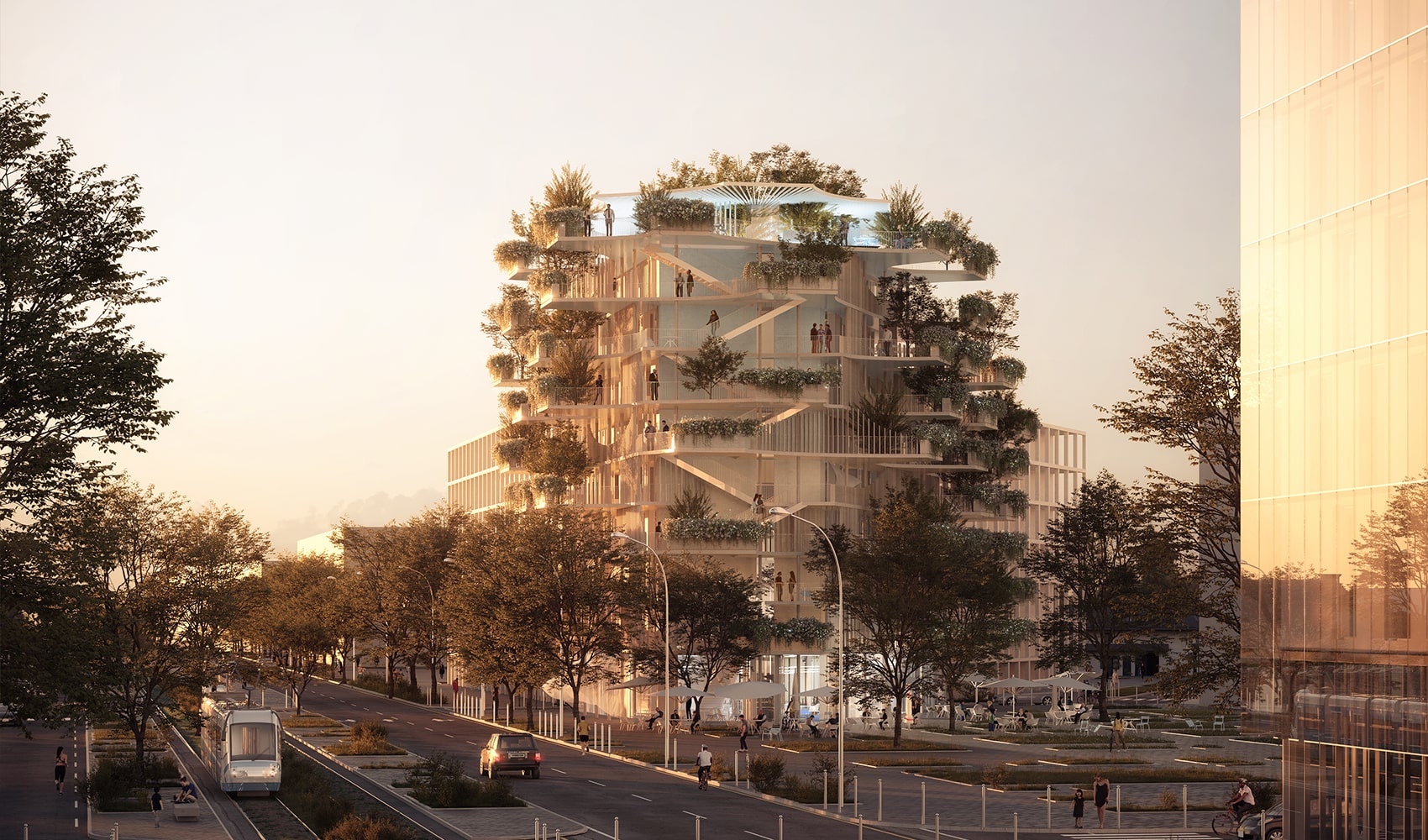 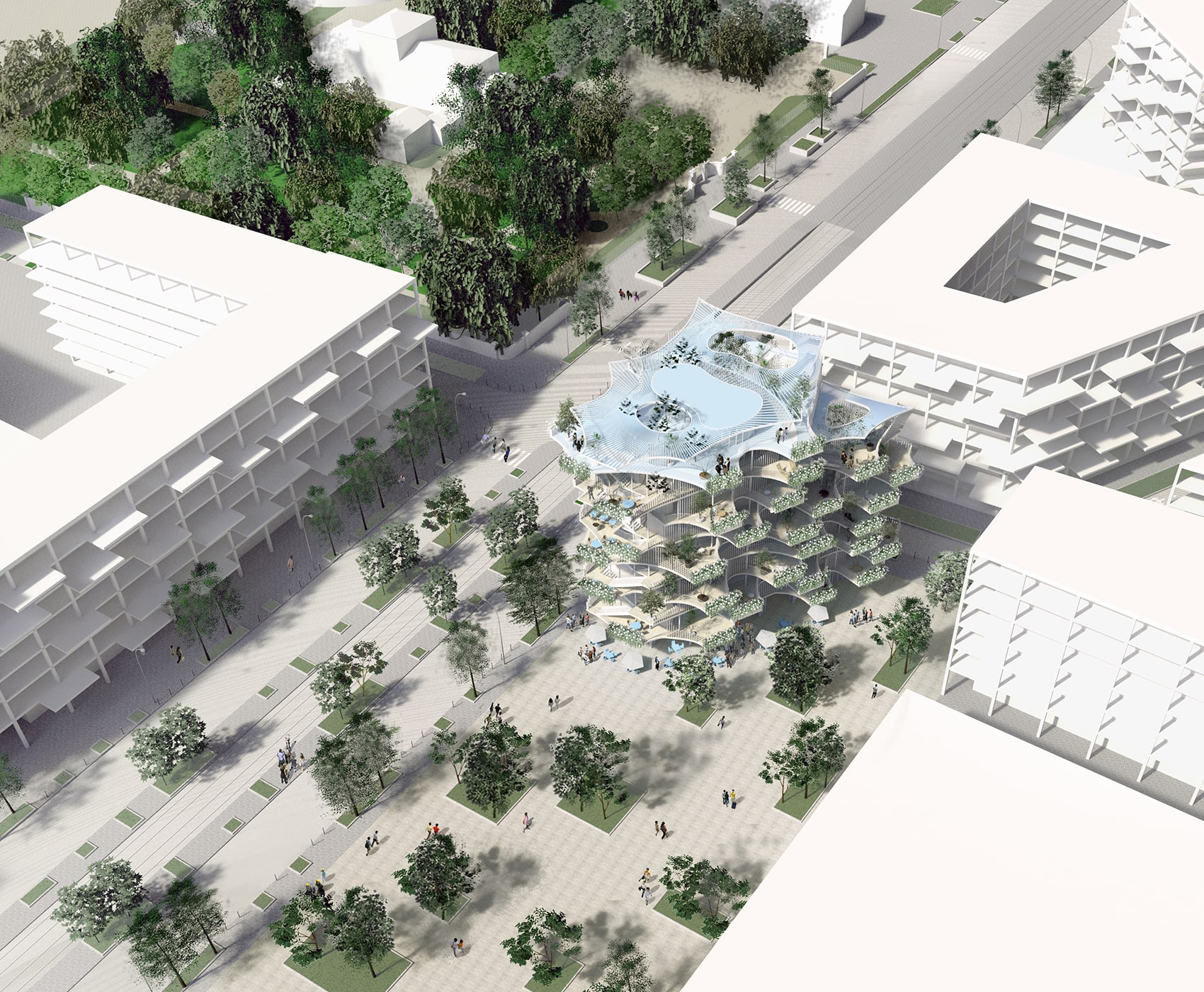